An Evening With Take That 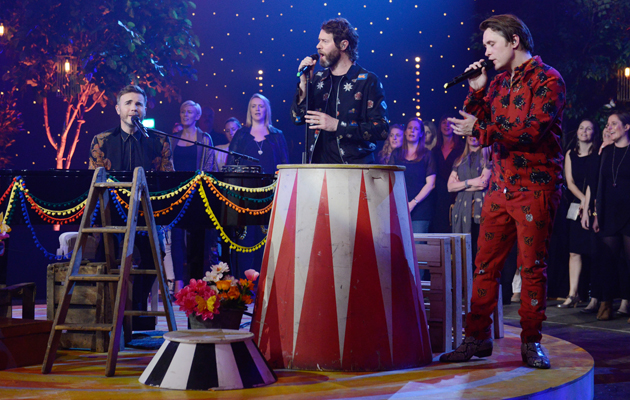 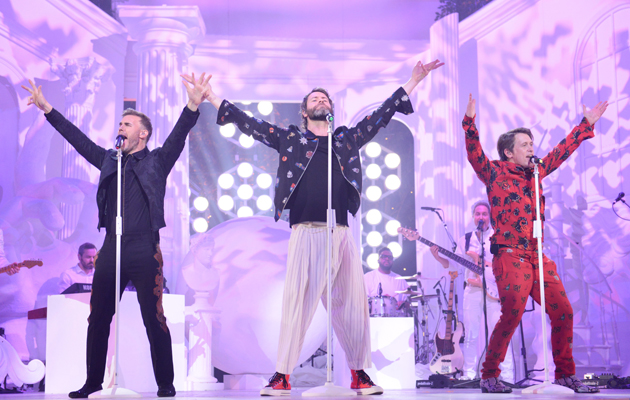 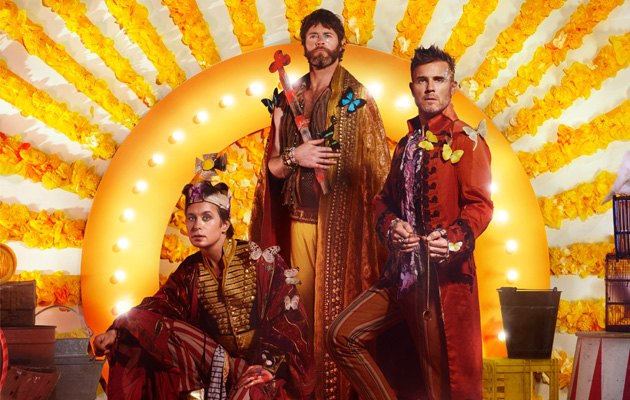 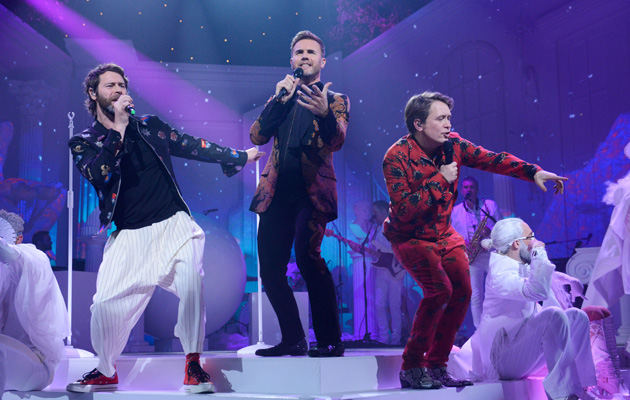 To mark the release of their latest album, Wonderland, Take That will be fronting a one-off special for ITV. Find out what happened when What’s on TV spent An Evening With Take That?

They might be down to just three members now, but Take That seem to be going from strength to strength. The UK’s favourite man band: Gary Barlow, Mark Owen and Howard Donald, released their eighth studio album, Wonderland, on March 24 and, to celebrate, the trio will be fronting a special show, An Evening With Take That, for ITV this weekend.

What’s on TV was lucky enough to go along to the recording here at Elstree Studios, and here’s a snippet of what you can expect to see as well as some things you might not!

Take That are known for putting on some of the most spectacular stage shows around, and An Evening With Take That certainly gave us a taster of what’s to come from their upcoming tour this summer. With the main stage resembling an ice palace, the band’s ever-devoted fans in the audience had also embraced the theme, having been asked beforehand to come dressed in their interpretation of Wonderland. Cue loads of bright colours, florals and butterflies!

New songs
An Evening With Take That gave the band the perfect opportunity to showcase songs from their new album. Opening with the title track, Wonderland, they also gave us New Day and, of course, current single Giants.  We can indeed confirm Take That still produce the catchiest pop songs ever!

Oops? Mark splits his trousers
Mark performed the first number, Wonderland, with such enthusiasm, that he suffered an unfortunate wardrobe malfunction and had to do the rest of the show with a rip in his pyjama-esque strides. He went off to have them repaired during a break but he revealed to the crowd: There’s still a small hole!? Oh dear?

Chart classics?
A Take That special would not be complete without a few 90’s classics thrown into the mix, so the audience were treated to a nostalgic medley of Back for Good, A Million Love Songs and, fan favourite from 1993, Babe.

*Trivia* During a break in filming just before this segment, Mark had been casually strumming along on his guitar, when the fans launched into an impromptu rendition of Babe. As he started to sing along with them, we can’t be certain, but we think Mark may have got a bit emotional. Awww?

Questions, questions?
A large part of the recording saw the boys host a Q&A session with their fans. We’re pretty sure lots of this will end up on the cutting room floor, but questions ranged from the straightforward: What are your pre-show rituals? to the somewhat bizarre: What do you like on your chips? One particularly eager fan had had Gary’s signature tattooed on her wrist and asked if he would like to add anything to it. He politely declined.

Wedding bells?
When asked by another fan what goal was still on his bucket list, it seems Gary doesn’t want to climb Mount Everest or fly to the moon. Oh no. It’s something much closer to home. ‘I’d like to renew my wedding vows with my amazing wife,’ he said, referring to Dawn, his wife of 17 years. ‘That’s definitely on the agenda.’

Baby boom!
Gary’s not the only one focusing on his family, as Howard paid tribute to his wife, Katie Halil, following the birth of his fourth child, Dougie Bear, in February. ‘Having a baby and trying to release an album at the same time is hard,’ he admitted. ‘But my wife’s here tonight and she’s the one doing an amazing job. But I love my job and I love being in Take That.’

And we’re so glad you do, Howard. Roll on for the Wonderland tour this summer!

An Evening With Take That can be seen on Saturday, April 8 at 8.30pm on ITV. Wonderland is out now