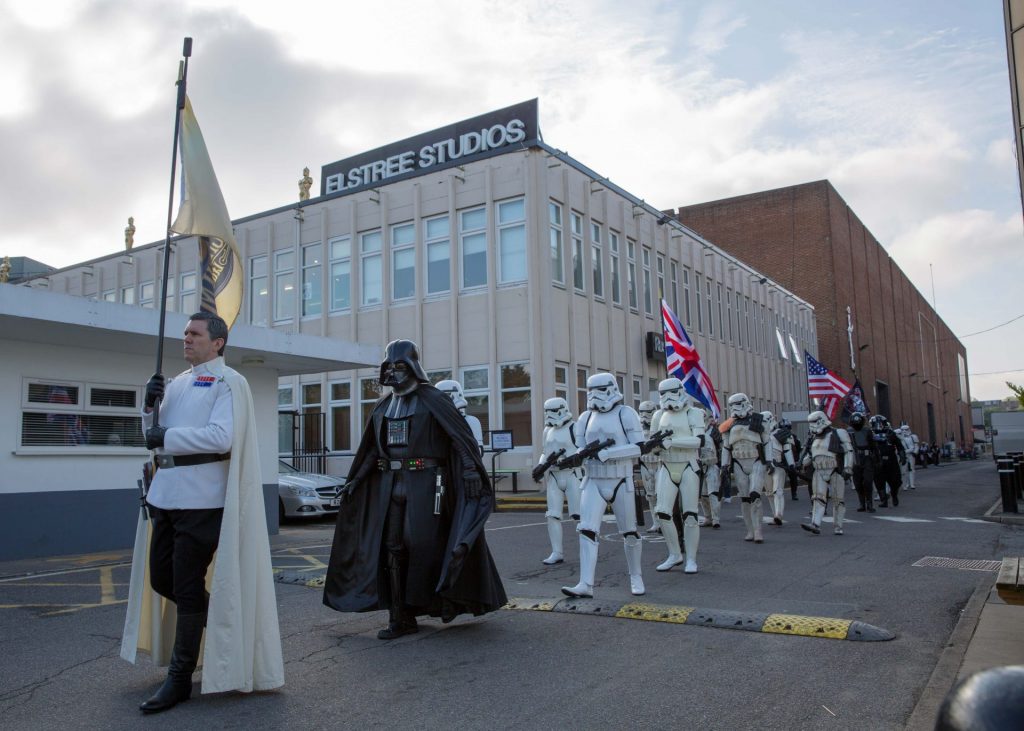 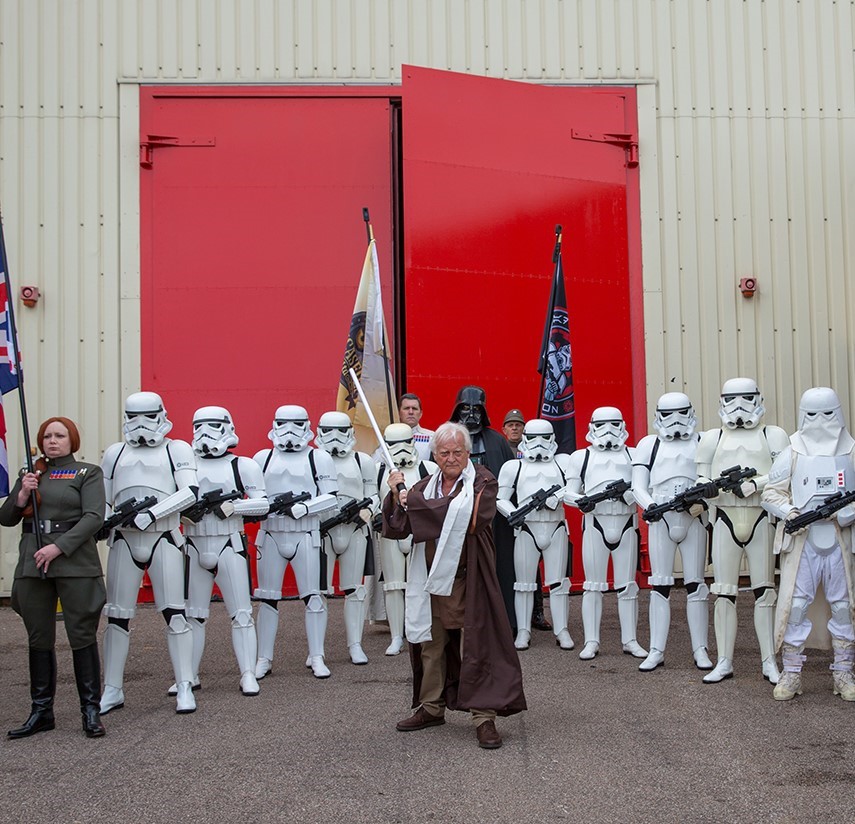 This year American production company, Lucasfilm, celebrates its 50th Anniversary having been founded by visionary filmmaker, George Lucas, in 1971. Lucasfilm is home to some of the world’s favourite film franchises including Star Wars and Indiana Jones as well as other popular films and television shows.

The first three Star Wars films (Episode IV: A New Hope, Episode V: The Empire Strikes Back and Episode VI: Return of the Jedi) as well as the first three Indiana Jones films (Raiders of the Lost Ark, Temple of Doom and The Last Crusade) were all filmed at Elstree Studios including films Willow and Labyrinth. George Lucas’ successful time at Elstree Studios in the 1980s, as well as his support for the ‘Save Our Studios’  Campaign in the 1990s, lead to the naming of the ‘George Lucas Stages 1 & 2’, which were opened by HRH Prince Charles in 1999.

This weekend, Elstree Studios partnered with the UK Garrison, a division of the 501st Legion which is an all-volunteer organisation bringing together Star Wars costume enthusiasts, to host a flag parade in celebration of the 50th Anniversary. ‘Darth Vader’, ‘Krennic’ and over 20 Stormtroopers in various costume varieties were “welcomed” to the Elstree Studios Lot by Managing Director of Elstree Studios, Roger Morris, who – as a Jedi Knight – ensured that they were kept in order.

The Star Wars flag parade was livestreamed to raise money for Lucasfilm’s chosen charity, FIRST. FIRST aims to engage young people in STEM Education and to encourage the next generation of Science and Technology innovators in over 100 countries around the world.

Roger Morris said: “Elstree Studios is proud to have been the original home of Star Wars – such an important part of our legacy. We welcome this initiative to support education by Lucasfilm and the Star Wars support groups such as 501st Legion. We hope to do more work with them to raise the profile of the charitable work they do.”

Donations can be made to FIRST here: https://bit.ly/501stCelebrates