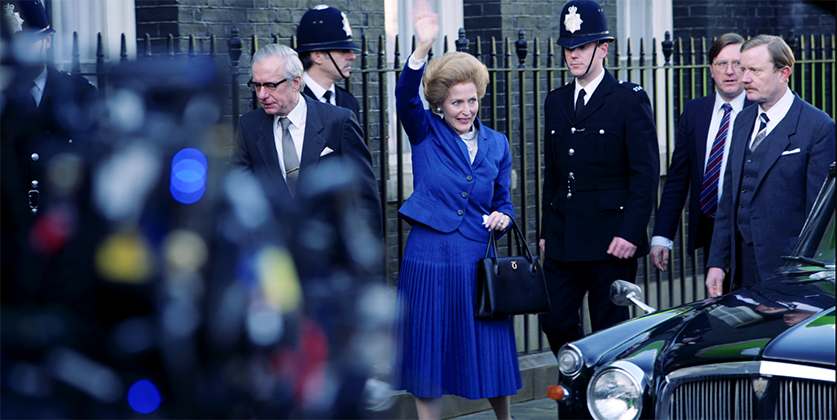 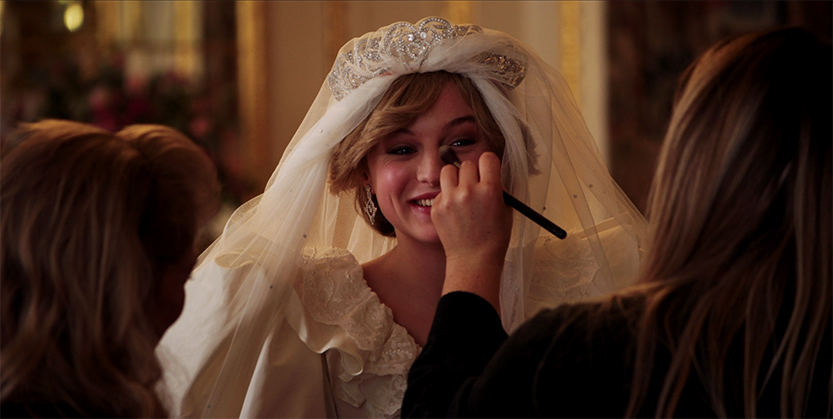 All images of The Crown © Netflix

Today, the long-awaited series 4 of ‘The Crown’ has been released on Netflix. The new 10 episodes of the Left Bank Pictures Drama follow Olivia Colman as HRH Queen Elizabeth II in the next chapter of the British monarch’s story. This series sees the return of performances from Josh O’Connor as Prince Charles, Helena Bonham Carter as Princess Margaret and Tobias Menzies as Prince Phillip alongside the debut of new cast members Emma Corrin as Princess Diana and Gillian Anderson as Margaret Thatcher.

Whilst ‘The Crown’s production base is at Elstree Studios with impressive Buckingham Palace and Downing Street sets and creative departments working on site, the drama is also filmed on location locally, in the UK and overseas.

Much of the preparation and creative detail that goes into making the series happens on site. We asked a few of the creatives who worked on the new series about what their roles involve and how a busy day working on ‘The Crown’ at Elstree Studios may look…

Giles Gale is Costume Supervisor on ‘The Crown’, he said: “On a busy day at Elstree, ‘The Crown’ might have up to 300 background artists. Most of these will need to be ready for 8am when we start shooting. This means the Crowd Costume team starts work at around 5am. (Half an hour before all the Extras arrive to make sure everything is in place and that everybody knows what they are doing). With such a large call there could be as many as 20 additional Costume staff members to help get people ready and make sure they look correct on camera. No matter how busy it is we always make sure the Costume Crew has time to eat breakfast before shooting commences.

Meanwhile, the Principal Team are getting all the actors ready which can take a similar length of time. Once everyone is dressed and on set as well as shooting the scheduled scenes various teams will be working ahead at the Costume Base also at Elstree. This will involve Principal and Background fittings, setting up costumes for future filming days and logging new purchases and hires. We also have a team of 8 people constantly making costumes for the main cast.

At the end of the day all costumes have to be cleaned and either put aside for future use or returned to our stock or the Costume House they were hired from.”

Mark Raggett is Supervising Art Director on ‘The Crown’, he said: “We started work on ‘The Crown’ at Elstree Studios in late 2014 and here we are six years on about to release Season 4.

In the early days there were a few of us in the art department, with Martin the designer, working out what we might be able to achieve at Elstree.

Production soon followed and it was to became our permanent home.

The backlot allowed us the space to build both the exterior of the Palace and Downing Street, which has served us well over the last 4 Seasons.

The stages have provided us with permanent space for the interior of Downing Street (cabinet rooms etc.) and the living quarters of the Palace, both upstairs and down.  We often spill onto other stages with sets which vary from the Interior of the Britannia, various newspaper offices and the myriad of plane interiors which transport the Royal family around the globe.

Ideally situated as we are near the M25 we are within easy reach of nearby stately homes like Wrotham Park and Hatfield House; also a good starting point when heading off to Blenheim Palace to the north and Wilton House to the West.

Work on Season 5 has already started, what an incredible journey it continues to be.”

Owen Harrison is the Props Supervisor for ‘The Crown’, he said: “On any given day on ‘The Crown’ we can be dressing or striking sets on up to 5/6 different locations. Each one will have a team of 4-8 Prop people there and they can be anywhere in the country, from the very top of Scotland to an airport on the south coast.

Between myself and my Assistant Prop Master Neal Kirke we need to organise the crew for each location, the collection and delivery of all the hired props, stock props that have been purchased for the specific location and work to the time frame the location allows.

I liaise with the location manager for each location to ensure both the location owners are happy with what we’re doing and we achieve what is required for shooting.

Once on site we work with the Set Decorator for the specific set to fulfil their vision to the very high standards we set ourselves and that is necessary for a show such as ‘The Crown’.

It’s always very busy and at times quite challenging but I don’t think we’d like it any other way!

A typical day on ‘The Crown’ Prop Dept can require a combined total of 40 prop men split between 5 or 6 locations and a full-time crew at the Elstree prop store.

Every location can contain multiple sets and exteriors that need to be dressed, filmed then struck and re-instated back to how it was before we arrived. A large percentage of the locations are Stately homes and National Trust properties that come with very specific requirements and strict guidelines so our teams must liaise with the Locations department to ensure that everything runs smoothly during this period.

We have dressed locations throughout the UK and abroad turning Spain into America for Princess Margaret’s visit. Other notable highlights have been recreating Balmoral in Scotland and turning Manchester’s streets into New York for Diana’s visit.

We also have the standing sets at Elstree including the backlot which require dressed and struck each time we film there.

To transform these locations frequently requires several large trucks full of props that Set Dec have selected from the industry’s prop houses. The teams will unload the trucks and carry the props to the correct sets before working with Set Dec to deliver the finished set ready for filming. This will often involve rigging huge chandeliers and hanging 30’ drapes in locations like Lancaster House in London and Wilton House near Salisbury.

This is where our Stand-By-Props take over to work with the director and cast to ensure that each character has the correct props for the scene. An example of this would be the bell the Queen uses in the Audience Room to dismiss the Prime Minister or the paperwork used in the Cabinet room for meetings. There is also Princess Margaret’s vintage luggage that takes up quite a lot of room and the cups of tea served on silver trays and china mugs.

Although we work very closely with Set Dec none of this would be possible without the close co-operation of the other departments including Production, Locations, Construction, Painters, Riggers, Electrical and Wardrobe.”

Roger Morris, Managing Director at Elstree Studios, said: “’The Crown’ is feature film quality; well researched and written, beautifully directed with great cinematography, wonderful costumes and impressive performances. The fact that it is shown in 190 countries is a testament to its success.”