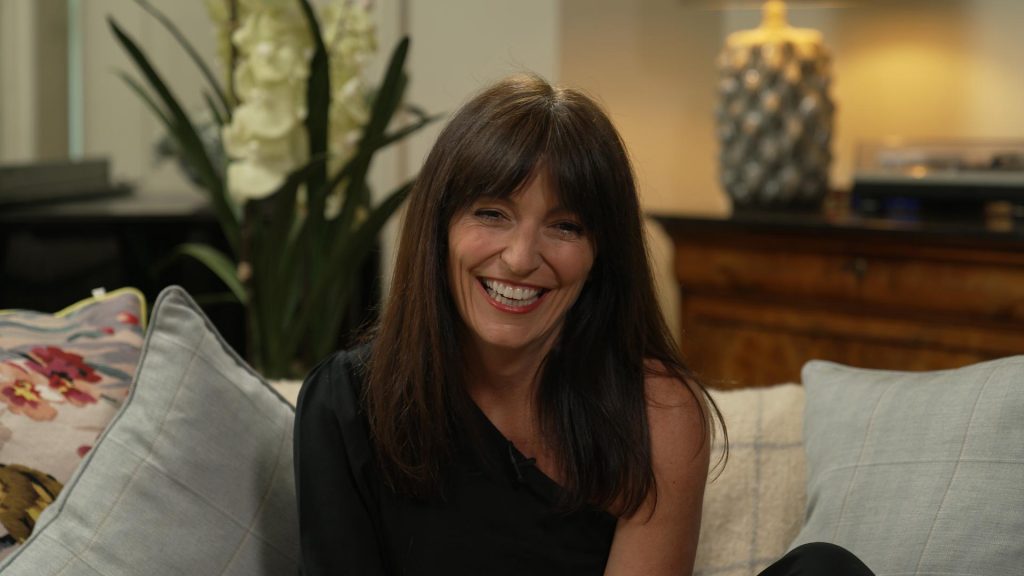 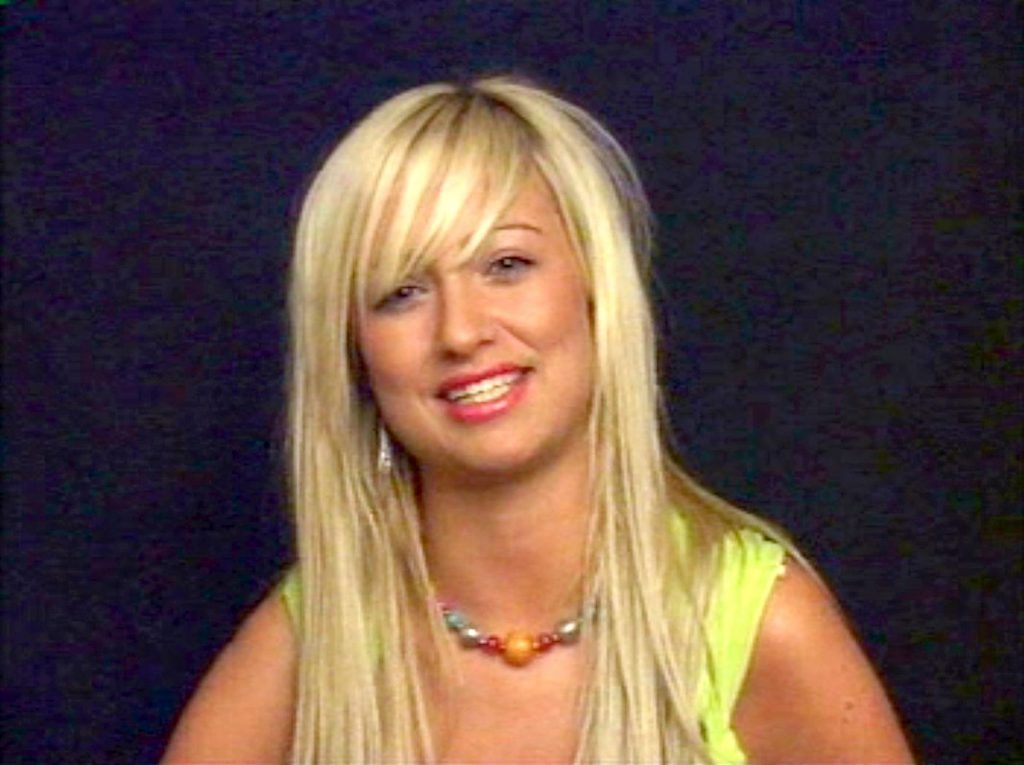 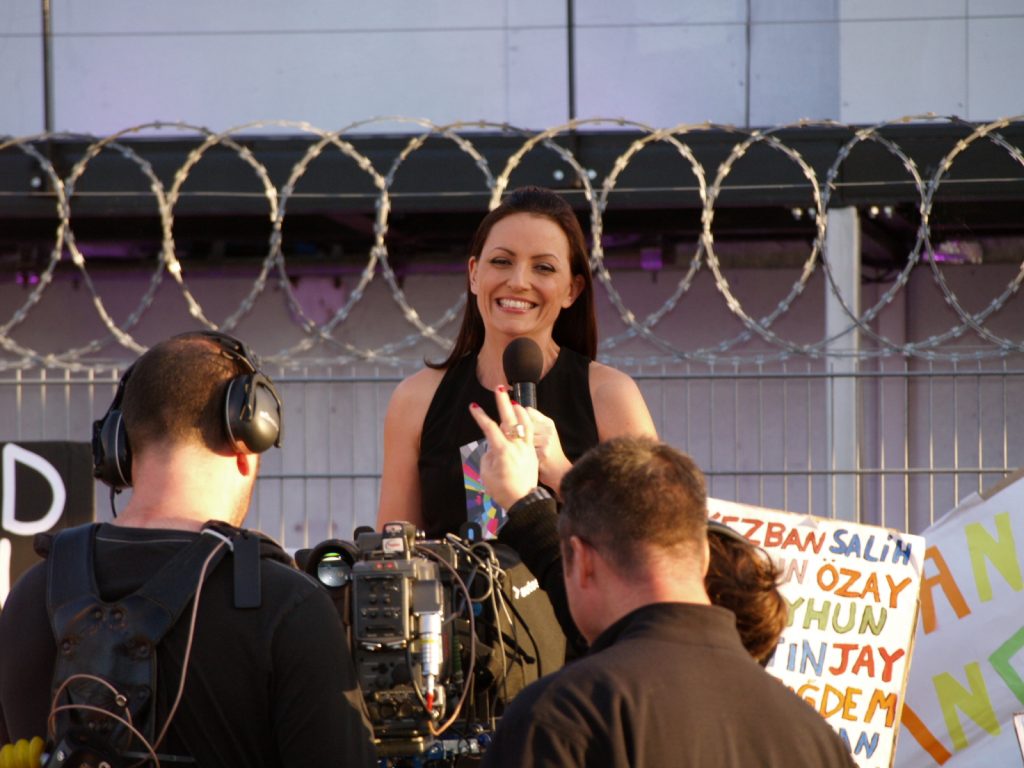 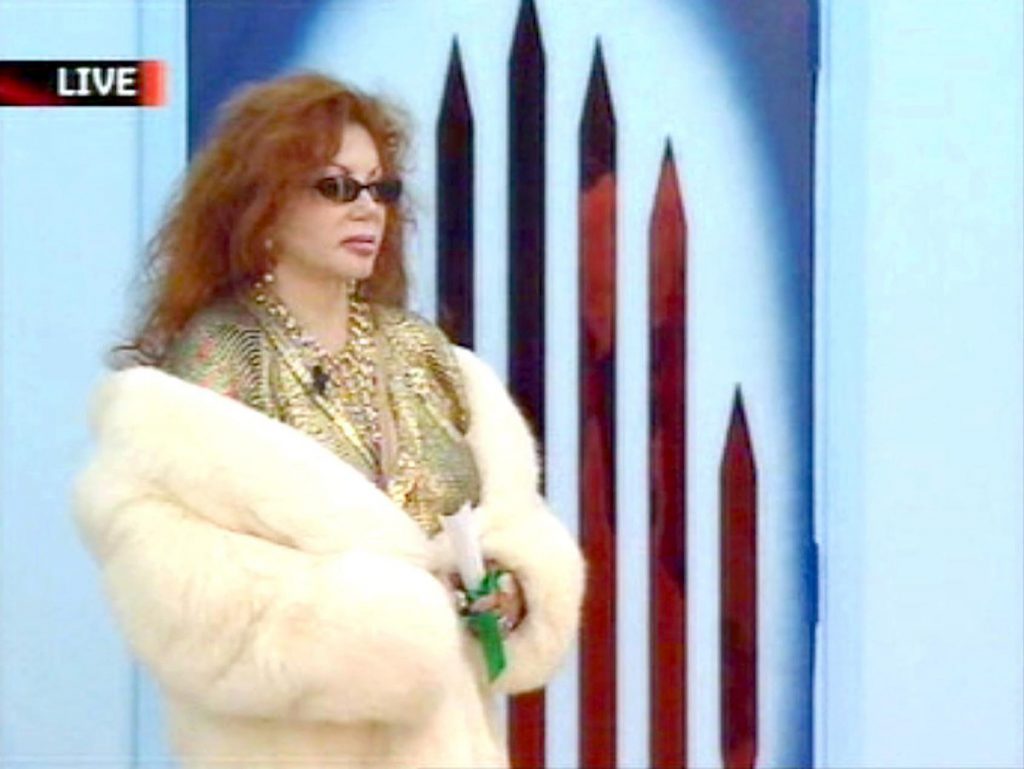 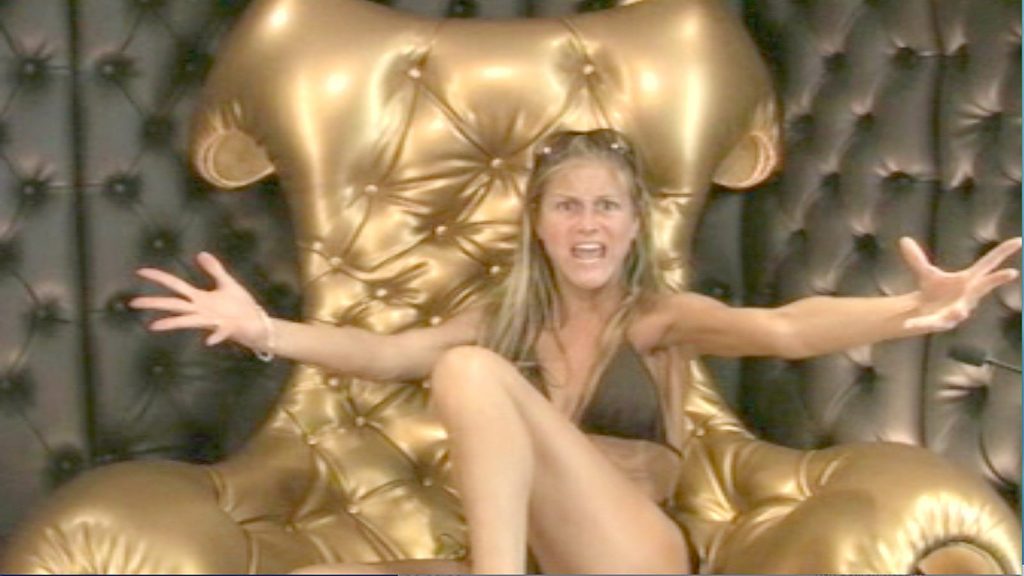 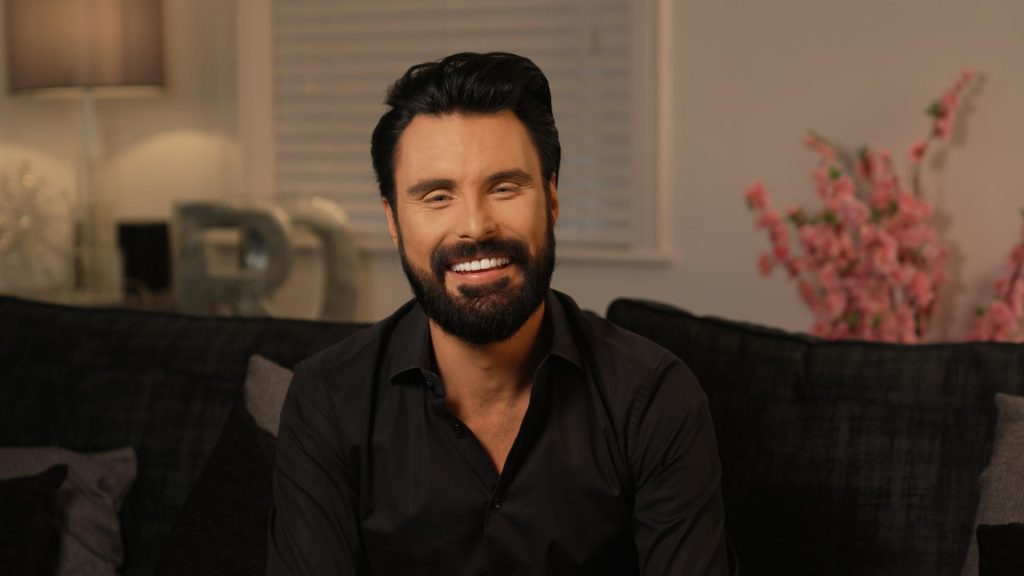 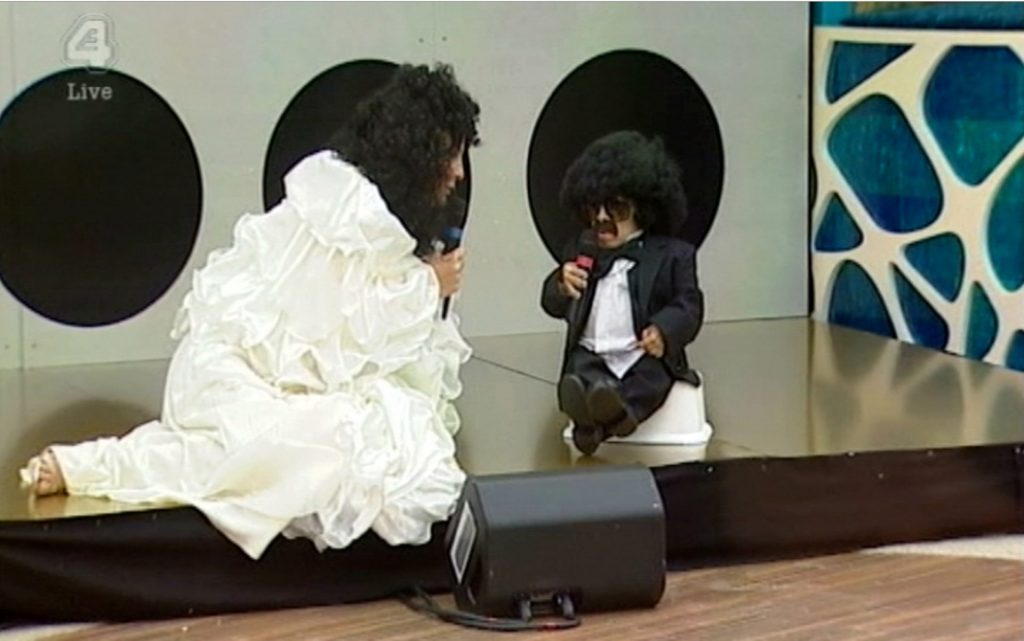 From this Sunday (14th June), Davina McCall and Rylan Clark-Neal will be reminding us of some of the very best moments and episodes from iconic reality TV show: Big Brother.

Next week marks the 20th anniversary since Big Brother’s premiere on Channel 4 on the 18th June 2000. Big Brother became an instant hit in the early 2000s. The first reality TV show of its kind in the UK, it offered viewers the chance to watch the ‘housemates’ 24 hours a day on a live stream and encouraged participation in the ‘eviction’ process.

The Big Brother house relocated to Elstree Studios for series 3 in 2002 where it occupied a large area of the backlot to the rear of the site until the franchise finished in 2018. During this time, a total of 619 housemates passed through the famous Borehamwood House.

In total, the various series of Big Brother over the years included: 17 Classic shows and 21 Celebrity shows plus 1 Celebrity Hijack, 1 Ultimate, 1 Panto and 1 Teen. In addition, the house provided a location for a feature film with zombies as well as for an open day event with the National Trust. The Big Brother House was transformed and themed for each series with some spectacular sets plus an outdoor pool, garden and jacuzzi.

To record and transmit the shows, the Big Brother House had 87 cameras (mostly remote-controlled robotic cameras transitioned from SD to HD) and 110 microphones, all placed strategically around the house to make sure not a moment of drama was missed – including the intimate night time recording. These were all controlled from a 24-hour production centre, also located at Elstree Studios.

Director of Production at Initial TV, Sandra Smith, said: ‘Elstree Studios is a great location for Big Brother. We have a complex technical operation set up within our new Big Brother Village.  The Big Brother house is monitored 24 hours a day, and we have more than two live transmissions from the studio every day – 7 days per week.’

The show was hosted by Davina McCall and then by Emma Willis. Spin-off shows Big Brother’s Little Brother, Big Brother’s Bit on the Side and Big Brother’s Big Mouth introduced some of today’s favourite presenters including Dermot O’Leary and Rylan Clark-Neal.

Big Brother was narrated by the iconic voice of Marcus Bentley who told us: ‘being part of the Big Brother family on site at Elstree in the George Lucas [stage] and in the village has been the highlight of my professional life. The excitement I got from simply walking down that long drive (full of filming history) the literally thousands of times never lessened. Hundreds of amazing memories from walking down that stretch with my headphones on secretly blasting out the theme tune because it had just returned after leaving channel 4 – to chatting with Samuel L Jackson outside the [George] Lucas [Stages] on sunny day in July! I’ve spent quite a chunk of my life on site at Elstree and the warmth and kindness all around, from the security crew to the canteen and bar staff is second to none.’

Big Brother played a role in keeping Elstree Studios, already a legendary international Film & TV Studio, firmly in the spotlight with the general public both locally and nationally and was also hugely beneficial in many ways for the wider television industry.

Elstree Studios Managing Director, Roger Morris, says: ‘Big Brother was an important production not just for Elstree Studios where it was based for 16 years but for the technology advances it used in production with remote robotic cameras, timeline-based editing, file servers and with the advance in the internet, streaming and online promotion.  It also became a training ground for many of those who now work in the film and tv industry. From producers to camera operators, from sound editors to presenters to directors, there are many people now in the top end of the film and television industry who started their careers as runners on Big Brother.’

Many housemates are remembered for the entertaining moments they created and for the impact they made on the Big Brother house. Nikki Grahame, who came 5th in the series 7 proved to become one of the most memorable housemates for her loud personality and tantrums. (‘Who is she!?’)

In series 6, Ulrika Jonsson and Verne Troyer entertained viewers and housemates with their rendition of ‘Endless Love’.

Big Brother was also responsible for the forming of many romantic relationships. Chantelle Houghton caught the eye of fellow housemate Preston when she appeared as a ‘fake celebrity’ in Celebrity Big Brother 4 (2006). The pair became an item in the house and married later that year but it was unfortunately short-lived and they divorced in 2007.

Jackie Stallone had one of the most memorable entrances to Big Brother when she strolled in as the ‘Queen Mother’ in Big Brother 3, much to the surprise of ex-daughter-law Brigitte Nielson who welcomed her. (Yeah, Jackie.)

Although her time in the Big Brother house was controversial, Jade Goody ultimately won the hearts of many viewers who followed her life after leaving the Big Brother house. Jade was diagnosed with cervical cancer and passed away in 2009 aged 27. Her story lead to a large growth in the number of women signing up for cervical cancer screening tests and encouraged women to learn more about the disease. Her legacy saved lives. Elstree Studios are in the process of placing a memorial plaque for Jade Goody on site.

Managing Director of Elstree Studios, Roger Morris, said: ‘The Big Brother Evictions were very special theatrical events at Elstree Studios, sometimes on wet and cold evenings. Over the years, Big Brother was constantly rediscovered by new audiences whilst it also maintained a large and truly dedicated older following. The show and its audiences probably brought millions of pounds in revenue to the local economy of Borehamwood. It was sad and emotional when it came to an end in 2018.’

Big Brother – Best Shows Ever is set to remind us of these memorable moments and many more. Emma Willis who presented the show after it moved to be broadcast on Channel 5 in 2011 and Dermot O’Leary who presented spin-off Big Brother’s Little Brother will also make an appearance in the 20th anniversary celebration show.