It was a night to remember for Alice Trueman at the Century Club.  Alice, self-proclaimed Filmmaker, Playwright, Script & Film Editor entered Red Rock Entertainment’s short film writing competition back in December and has been through various stages to finally be crowned our winner.

The Venue was the Century Club in Soho, the date was Monday the 22nd of February, all that was required to win the prize of 5,000, was the right script and the skill to pitch it to the panel.

A considerable list of contestants had already been whittled down to just five finalists. Each of the finalists, were all very deserving of their spot in front of an illustrious judging panel.  The panel consisted of Phillip Ilson, Director of the London Short Film Festival and shorts programmer for the BFI London Film Festival,  Roger Morris, Managing Director of Elstree Studios, Stephen Cookson, Award winning writer and director, Linda Robson, Actress best known for ‘Birds of a Feather’ and ‘Loose Women’ and Gary Collins, Managing Director of Red Rock Entertainment. 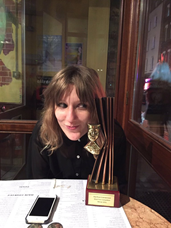 The winner was announced as award-winning playwright and screenwriter Alice Trueman for her film Jas. Alice was overwhelmed with winning. Her prize was a cheque for 5,000 to help produce her short film. After winning the competition, she told us that she is very much looking forward to getting going on the production of her short film ‘Jas’ and thrilled to be doing it with the support of Red Rock Entertainment and this brilliant initiative.

Another winner on the night came in the form of Jason Stewart, an 18 year old, from Aberdeenshire. Jason, who has a liver condition, was asked to help with the judging of the short story pitches alongside the judges. Jason was brought on board through the Rays of Sunshine Children’s Charity, a charity for which Red Rock Entertainment are an ambassador, giving people the chance to meet their idols, visit movie sets, and be able to have input in what is a passion for them.

Jason was a valued member of the judging panel, giving some great insights onto what his thoughts were on each of the entries. Jason’s mum Gillian was so pleased about the opportunity that Red Rock had given to her son. “It was a real money can’t buy experience” she claimed. 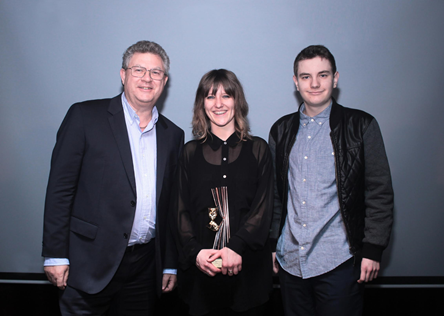 Red Rock Entertainment also proudly announced they had come on board to finalise the finances on the film ‘That Good Night’ starring John Hurt, Miranda Richardson, and Stanley Tucci. With principle photography starting in Portugal at the end of this month.

Elstree Studios congratulates ‘The Crown’ for their 4 Golden Globe wins