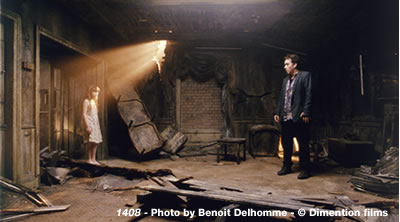 Based on the short Stephen King horror story of the same name, 1408 surrounds supernatural writer Robert Enslin, an author of two hit books focusing on supernatural phenomena. As research for his latest book, Enslin is determined to check out the notorious room 1408 in a New York City hotel by personally staying as a guest in the fabled room. With the intention that 1408 is just a myth perpetuated by stories and rumor that Enslin has collected for his past works. However, hotel manager Mr. Olin has strong objections to Enslin’s stay and only warns him of possible danger to come. But Enslin is determined to go through and convinced that the horrific past of 1408 is just mere coincidence and a myth. But what Robert Enslin is about to experience is no myth, as 1408 truly is a room where the guests don’t check out by noon.